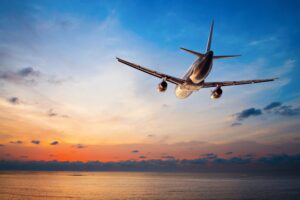 Global stocks went on SALE on ‘Black Friday’…after news that a new covid variant – identified as B.1.1.529 – now known as Omnicron…. has been detected in South Africa…. all while the WHO (world health organization) told us that this is ‘more transmissible and potentially more dangerous’ than other mutations of covid…. Stocks went into a tailspin…. Asian markets losing between 1.5% – 2.5% of their value…European markets suffered even greater losses – losing between 3.5% – 4.5% across the board as American’s woke up on the day after the Thanksgiving holiday…….

What was going on? What was happening?  The media running with all kinds of ‘panicked’ headlines….CNBC kicking it off with Andy Ross Sorkin – acting ‘hysterical’ as usual…..as the day began…..Futures were plunging and when the bell rang at 9:30 am – stocks plummeted….the Dow falling better than 1000 pts in the first few mins….the others following suit….By the end of the shortened trading day – the Dow lost 905 pts or 2.5%, the S&P gave back 110 pts or 2.3%, the Nasdaq plunging by 353 pts or 2.2%, the Russell gave back 85 pts or 3.6% and the Transports lost a stunning 610 pts or 3.6% as well.

Nothing was immune from the negative tone –the VIX (fear index) surged by 54% or $10, Treasury prices surged sending yields tumbling to 1.47% (this down from 1.67% earlier in the week), Oil prices  fell some 13% or $10/barrel to end the day at $68.17 – a stunning move….the dollar fell by 0.7%, Gold rose, Crypto’s got slammed and the bell rang.  Do not discount the role that margin calls played into this selloff as well….as so many retail investors are playing with borrowed money…

Well – the weekend is over and the news out of South Africa suggests that while the latest Omnicron variant is of some concern – it does not appear to be the crisis that the main street media reported on Friday…. In fact – the headlines this morning on Bloomberg spells it out….

“No Need to Panic Over Omnicron”

Apparently, Asia didn’t get the memo in time…. Stocks there did continue to fall overnight…. but ended the day off their earlier lows with those markets down anywhere between 0.2% – 1.6%.  European markets have begun the day on a plus tick rising by 0.5% or so as the sun makes its way across the sky…..and here in America – US futures are up – at 5 am – Dow futures are gaining 200 pts, the S&P’s up 40 pts, the Nasdaq ahead by 155 pts and the Russell adding 15 pts. Oil – which got smashed has done a 180 and is now up 4.5% or $3.15 at $71.25.  Remember that OPEC meets this week to decide what to do next – Add more oil ot the supply chain or not?  Treasuries are backing off sending yields back up to 1.53% and the VIX is down 11% as cooler heads prevail.

Traders/portfolio managers and investors are back in their seats…and the lunacy driven by the algo’s will stop, but what an opportunity it presented if you had a strong stomach! Did you see some of the damage in some names – as waves of sell orders – pushed out by the algo’s – washed over the place?

Human beings have now had the opportunity to assess, read and digest all the latest headlines to figure out what this all means….  And while the UK, and the US along with a handful of other nations halted travel between SA and a handful of their respective countries…. the news out over the weekend reveals that this ‘variant’ has likely existed since late September – so halting travel now, doesn’t really make that much sense.   Reports that the variant has already been discovered in a handful of countries suggests that it is too late…and now the bet is on:  When the US will report its first case…I say by mid-week this week…. Will the headlines be hysterical or not…? I say NOT …And the left will NOT be happy about that….

News from Dr Angelique Coetzee – chair of the South African Medical Association telling the world that the symptoms are ‘unusual but mild’ in healthy patients (exhaustion and soreness) – but she is worried that the variant could cause ‘complications in the elderly and the unvaccinated’…. OK – but is that anything new?  We already know that Covid (in whatever mutation) causes complication for that demographic…. I mean the annual flu virus also causes complications for that demographic. So, this is NOT new news…. (And mind you, I am not downplaying the virus at all…. I had the virus in March 2020 (wasn’t fun) and then I got both PFE shots in March/April 2021….…so before you go screaming that I am a right-wing mouthpiece – think again…. I am not…I am in the middle – where most of the country is….so I am in good company.)

On Saturday – New York Governor Kathy Houchell declared a ‘state of emergency’ for NY – beating out CA Governor Newsome – in anticipation of what she and her advisors believes will be another wave of death, destruction, and hysteria…. Elective surgeries have now been taken off the list of medical procedures until at least February –  In any event – let’s be honest…..covid isn’t going away anytime soon and we can expect to see other variants in the months and years ahead….We have to learn to live with it, some of us taking precautions and getting vaccinated while others prefer to go it alone….and that then is your choice, what happens then is what happens. It’s like when people tell you not to smoke because you’ll get lung cancer, but you smoke anyway and get lung cancer – what am I missing?

I expect the conversation today will focus on what everyone is saying about the variant – with both sides arguing for what they want to hear as well as what it will do to the supply chain, to prices, and to inflation….and ultimately – what it might do to central bank policy…. (I don’t think it changes the plan.)  I expect that we will hear from some that we still don’t know the details – so you can’t rule out renewed lockdowns or new restrictions….and to that I suspect that many will say – Bring it on….

Over the weekend – Atlanta Fed President Raffi Bostic – led the conversation by saying that he doesn’t think that Omnicron is anything to get your panties in a bunch about and that he supports a swifter tapering process that will allow for the FED to then reconsider a change in timing concerning interest rate policy….hinting that he expects the tapering to end in April – a full 2 months ahead of the original schedule (are you listening?)…..which only means that behind the ‘iron curtain’ of the FED – the mindset is that inflation IS a real problem…..and not so transitory…..  remember also that Raffi is being considered for the Vice Chair spot on Bank Regulation at the FED – so you need to pay attention to what this up-and-coming rising star has to say…. Capisce?

Eco data today is all about Pending home sales…. expectations of +0.8% m/m.

The S&P closed at 4594 down 3.2% from its latest high and breaking thru what was identified as support at 4630 in a panic driven algorithmic selloff…. …. Today – expect to see markets rally but remain in check as the debate rages on about what Omnicron means…and what the response should be.

This was not and is not the time to panic …. look at your portfolio – take the opportunity to add to your defensive names…. or maybe pick up some names that have gotten really beaten up but will respond even as the speed of the taper will potentially increase and rates to rise…. the new variant is NOT proving to be what the headlines suggested so do not expect any change to central bank policy… I am operating under the assumption that this too shall pass….and the FED is on target with their announced schedule and will adjust that schedule to become more aggressive in the new year….

So, I was looking at all of the leftovers on Saturday from the big day on Thursday…May daughter called me to say that she was gonna use her leftover mashed potatoes and mix them up with scallions and cheese, and egg and some flower and then fry them almost like a potato pancake….So, I thought – well what if we do that but put them in a muffin pan and bake them?  And so – I did it this way – using what I had in my fridge.

The mashed potatoes, spinach chopped, scallions, chopped, cheddar cheese, an egg and about 3 tablespoons of flour.
Preheated my oven to 350 degrees.
Mixed all the ingredients in a large bowl…. added a pinch of s&p and then greased a muffin pan, put a heaping tablespoon full of the potato surprise in each muffin cup.  Put it in the oven and let it bake for 20 minutes.  Took them out, let them cool just a bit and then popped them out…. they were perfectly shaped and were a delicious side dish for the pan seared oven roasted veal chops that I made.  Served it up with a large mixed salad and a nice pinot noir.  See the picture on my twitter feed.