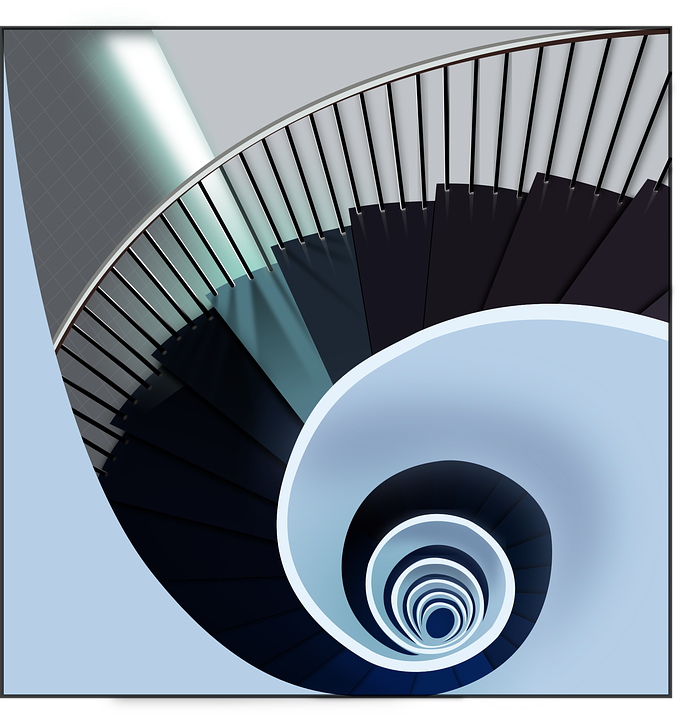 Oh boy, oh boy, oh boy…. PPI (Producer Price Index) came in stronger than expected, 9.7% vs. the 9.2% that we were prepared for.  Now while it did not come in with a 10 handle, it is still running very HOT…, Increases came from every end of the spectrum with producer prices running the highest since 1974…. Companies have no problem raising prices and others have no problem in telling you that they have plans to continue to raise prices in the not-so-distant future.  And stocks sold off….  And as you can imagine it was once again the most expensive names that came under the knife.  The Nasdaq lost more than 300 pts by 1 pm as talking heads tried to explain it away…. By the end of the day – The Dow lost 106 pts, the S&Ps lost 35 pts, the Nasdaq down 175 pts, the Russell lost 21 pts and the Transports gave back 202 pts.

Let me introduce you to the new Jay Powell – the one that was just appointed to a second 4 yr. term and one that now makes him essentially a lame duck with no one to be beholden to….because by 2025 Jay will be 72 and will have had enough of all this…..and while he could be appointed for 3rd term – my money says that is not happening….Just a hunch, but I’m going with my gut.

In any event – let’s just roll back the tape for one minute…. all year long we had Jay the Dove – Jay kept telling us that inflation wasn’t an issue, and that tapering would be slow and steady and that any change in rates was going to be well after the completion of the tapering.  He made it very clear that the two were mutually exclusive – it couldn’t have been any clearer – you would have had to be living in a cave to hear anything else.

And then the day before Thanksgiving – Joey announces that he is re-appointing Jay for another 4 yrs. – sending Lizzy Warren and the far left into a tailspin…. They weren’t supporting it at all, but I’m sure that Joey must give them something to get them to stay quiet.   And it was only a couple of days post-Thanksgiving that the new Jay Powell emerged.   Jay Powell the hawk.  This one – suddenly a bit more direct, not nearly as ‘gentle’ as he had been – taking to the stage to say that they (the FED) had mis-diagnosed the patient.  Inflation was and is a much bigger problem, so they would have to reconsider the monetary policy going forward.

Suddenly we had St Louis’ Fed President Jimmy B – calling for the FED to double up on the taper and raise rates at the same time…..AND THIS WAS THE TURNING POINT….it is the way they do it…..they send someone else out to ‘float the balloon’ to see what the reaction is, to get people to start to talk about it, to get the markets somewhat prepared for a significant change in policy. And then more FED members started to talk about the need to quicker on both fronts…in what appears to be putting pressure on the Fed Chair – but it is all very orchestrated….and then Jay reveals that ‘we’ never really understood what he meant when he told us that inflation was transitory, so now he was dropping it in favor of being more aggressive.

And then over the weekend – when I appeared on the Larry Kudlow Radio show – Larry suggested that the FED would move in January – which caused me to say – “WHAT???”  The market is not expecting that at all….

And then today – Larry was on tv telling us that if the FED were smart – they would withdraw all stimulus now and raise rates by 50 bps…. No taper, no wait…do it now…. because inflation is now taking us into a ‘wage/price spiral’ condition…. which means that as wages go up, companies must raise prices to compensate for the higher wages, which then causes workers to demand even higher wages to pay for those higher prices and do you see the spiral???  It never stops…. until it does…but by then it stops because it blows up!

History DOES repeat itself….

Now for those of you who were not around – let me explain this and this is exactly what I have been saying for months now that I fear we are going back to the late 70’s.  The last time we had a ‘wage/price spiral’ was in 1978/79 (Carter Administration) – which ultimately pushed the annual inflation rate to double digits – 14.76% by April 1980.  The spiral ended when the FED raised interest rates to 21% by June 1981to slow the buying and spending which then plunged the economy into a full-blown recession.  So, for the generation of people that have only known zero interest rates since they have entered this business or for investors that have not lived thru anything but zero rates (think 2008 thru today – 12 yrs.…) get ready, strap yourself in, because you are about to get an education…. So much for being a dinosaur…. It’s working to my advantage!  How’s it working for you?

This morning US futures are churning patiently waiting for the 2:30 pm presser…. What will the FED reveal at 2 pm and then how will Jay discuss it at 2:30 pm…? What will the market assume?  What will the algo’s do????  Because it is the algo’s that can spin this out of control in a heartbeat…. At 6 am – Dow futures are up 20 pts, the S&Ps are flat, the Nasdaq down 30 pts while the Russell is up 2 pts.

Today will be all about the speculation over what Jay said vs. what Jay meant.  People will hear what they want – the interpretation will be up to that person’s own experiences….and so, as I pointed out above – for those of us that lived thru the last ‘wage/price inflation spiral’ we understand the implications, so here is a bit of advice for the younger set.  Sit down and…(fill in the blank)…. You have not lived it.  Just wait……If they mismanage this – it’s gonna get ugly….Just ask anyone in the baby boom generation….We have ‘real life experience’ not ‘metaverse experience’ – because nothing BAD ever happens in the ‘metaverse’.

In the end – history does have a way of repeating itself…

Treasury yields this morning are hovering at 1.44% – and so many keep asking – How can that be?  Why aren’t rates higher?  Because the FED is still buying treasuries – they are defending the position…. But that is about to change…. Just wait until they really pull back and are no longer the buyer of last resort…. watch what happens to the bids and then what happens to the yields…

Oil is under a bit of pressure this morning…the chatter is all about how supply will outpace demand in 2022….which is a complete turnaround from what we have been hearing…The IEA (Int’l Energy Agency) now telling us that they think Omicron will dent demand for oil all while OPEC is set to increase production……Now this is in direct contradiction to what OPEC is forecasting….in fact OPEC raised it forecast for global demand for the 1Q of 2022 and then beyond….  Again, I think the demand destruction headline is just another manufactured negative headline to try and push oil prices lower…. I’m a buyer of oil here…. $80 before $60…. Watch $68.15…. that is the long term trendline…

European markets are mixed this morning…. both the BoE and ECB are due to announce new monetary policy decisions tomorrow as inflation and Omicron infections are rising…. What will they do and speak?  Will they point to the FED as a guide?   Inflation is up 4.9% in the Eurozone…. while some European economies are still in lockdown mode over Delta, and this is complicating the picture for Christine Lagarde (ECB Pres) and Andy Baily (BoE Governor).  At 7 am…the markets are mixed…. from -0.6% (Spain) to +0.7% (Germany).

The S&P closed at 4634 last night….and will most likely churn this morning and as we move into the 2 pm hour.  Expect lots of chatter from the talking heads about what to expect, what he will say, how he will say it etc.  First trendline support is at 4586 or down 1%, Intermediate support is at 4513 or down 2.5% from here.   Now if the markets welcome the news, then look for the algo’s to take it back up very quickly.  My sense is that he will try to control the narrative today without making and ‘definitive’ announcement other than a doubling of the taper…. he will suggest that they need to move on rates sooner than expected without defining a date – that I believe will come in early January…this way he protects the 2021 gains and then starts 2022 with a clean slate – so what happens then is what happens.

Stay the course, build yourself in some downside protection to blunt the losses.  There is no reason to sell good stocks – Especially if the thesis for why you own them remains intact.

Here is a personal favorite of mine – they are Butterscotch/Peanut clusters (all in 10 mins) and are a Christmas favorite…. My grandmother used to make every year and every time I eat them – it brings me back to an earlier time… Today it is something that I do with my girls – and it always brings them back to their childhood….

For this you need – Nestle Butterscotch morsels, salted peanuts, and Chinese noodles…. (You know the crunchy ones).

Begin by setting up a double boiler – when ready add in the butterscotch morsels…. stir until melted…. now add in the noodles and the peanuts…. stir to coat well.  When ready – remove from the heat and with a tablespoon – take scoops of the mix and plop them onto wax paper…. They will harden into clusters in about 10 mins….

They make a great addition to the other holiday deserts at the table.  Tomorrow – the cheesecake….