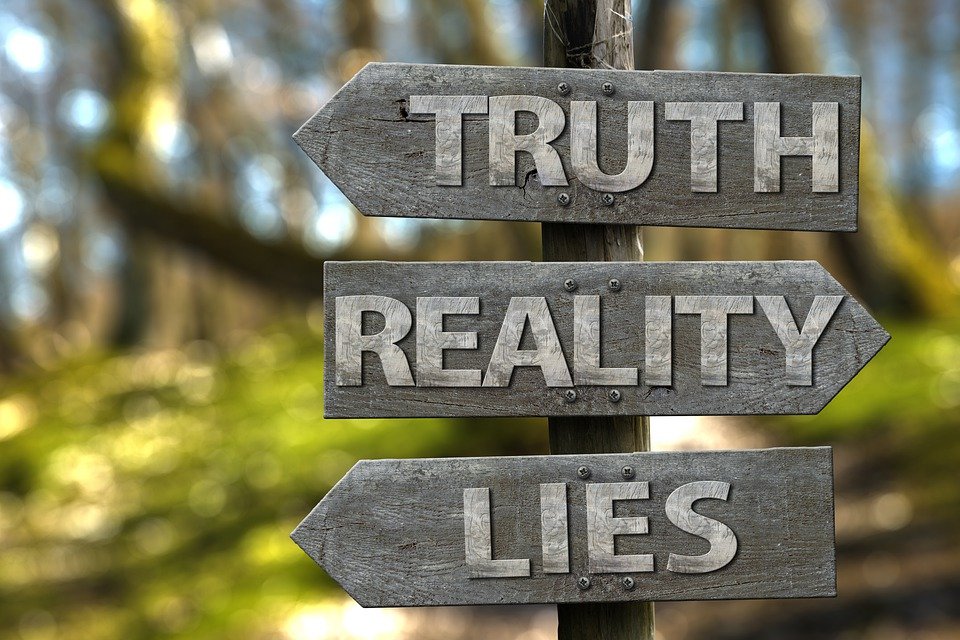 Oh boy, oh boy, oh boy…. I guess investors, traders and algo’s ‘re-thunk’ what they heard Jay Jay say on Wednesday – after he tried to reassure everyone that while he plans on doubling up on tapering – it isn’t anything to worry about… He came across as more dovish vs. hawkish – trying to pull the wool over our eyes…     And while he is also announced that they will be raising rates – he did NOT define the date of the coming rate increase – leaving it obviously vague…. Now, Yes, the market is pricing in a May or maybe even an April move, but my sense is that that is BS….I think it happens well before that but AFTER his formal Senate vote in January…..because you see there is still a RISK (as slight as it might be) that the Senate doesn’t vote him in – so he is walking a fine line….…..……..  Like I said – I think Jay’s presser was all about him trying to keep the markets calm…going into yearend…  Didn’t want to be responsible for causing an end of year sell off….and he is trying – trying hard, but I think investors are not ‘buying it’!  (See how I did that???  Not BUYING it?)

Stocks sold off hard on Thursday – the day after they rallied hard on Wednesday after his press conference.    By the end of the day – the Dow lost 30 pts or 0.08% – after an intraday swing of 265 pt. from high to low – (which isn’t that much of an issue), the S&P’s off 42 pts or 0.8%, the Nasdaq lost 385 pts or 2.5%  after being lower by 450 pts earlier in the day….,the Russell gave back 43 pts or 2%  and the Transports lost 102 pts or 0.6% – leaving all of the indexes off their highs for the year and leaving investors wondering if Santa is coming to take stocks to new highs before year end. (Remember – I am thinking he already came…..but maybe I’m wrong – I guess anything is possible if they ‘jawbone enough’).  The 10 yr. treasury ended the day yielding 1.41% as the FED continues to be in the bond market defending the position.

Big names in Big tech leading the way lower as investors used them as an ATM to raise cash and began the process of re-valuing them based on what they expect rising interest rates will do to multiples for stocks and the overall multiple for the markets.  Do not discount the end of year tax planning moves taking place for so many – as they take losses in some names to offset gains in other names – which in an odd way might present a buying opportunity in the new year for some of the really beaten up names.   AAPL – 2.5%, AMZN – 2.6%, FB -2%, MSFT -3%, ARKK -3.7%, NVDA -6%, AMD – 5.3%, TSLA -5%, COIN – 4%, HOOD -7%….and the list goes on….and on…..The Dow names – mostly considered cyclicals – did better for the bulk of the day – only selling off into the end of the day as the concern continued to build.

Analysts/strategists and everyone else – dissecting the latest commentary from the FED chair, the latest news about the latest variant and talk of new partial lockdowns across some cities in the US.  …..and discovering sometimes ‘It isn’t always what it appears’……that while Jay may have appeared slightly left of the neutral line (dovish), he is really right of the neutral line (hawkish) and that is what some of the reaction was all about.  Add in the fact that the BoE (Bank of England) raised their rates yesterday by 1/4 of a point (which is 0.25 of 1%) again statistically insignificant but sending the message that times are changing as inflation in that country surges while – Christine Lagarde of ECB (European Central Bank) fame –  is in fact ending one program in March while expanding a separate bond buying program next year.  She summed it up by saying that it is ‘very unlikely’ that we will raise interest rates in 2022’.
So here you have 3 different messages – the FED in the middle, the BoE taking first mover advantage and the ECB trailing behind….

Toss in the rising concerns over the ‘rate at which Omicron is appearing’ ( in the US and around the world).  In Denmark, the UK and South Africa – cases are doubling every two days……and talk of ‘new curbs’ is all the rage…. -NYC’s rate is doubling every day apparently and Governor Houchell is considering going into some kind of lockdown mode again,  Jimmy Cramer of CNBC fame telling his audience that he is ‘frightened’ and that he tests EVERYDAY and LA experts warn of ‘rapid spread’ etc. ….….You can imagine how this is going to end…. We are told that those that are vaxxed should feel ‘safer’ while the unvaxxed might have a bit more to worry about – but in any case, – this is not going away, we can expect more mutations and we have to live with it until it burns out.

So, what does that all mean?  Well, it means money is moving into more defensive, cyclical names…because if rates move up – high valuation stocks will get hammered and if the economy slows down – discretionary spending will be on the chopping block as well, …. because you’re not cutting food, soap, toothpaste, diapers, toilet paper, etc.…  (those are considered ‘staples’ – you need them no matter what the FED is doing…) which gives them ‘pricing power’ – and we have seen how that pricing power works as so many of them have and are raising prices to cover the cost of rising wages and the cost of those  ‘smash and grab robberies’ that are happening across the biggest cities in the nation – again – NYC, Chicago, LA, San Fran,  Seattle etc. (And that is a whole other problem that Nancy Pelosi doesn’t understand – did you see her press conference?  She finally acknowledged that there is a shocking rise in these robberies but has no idea why!).  Oh boy……

This morning US futures are under pressure again….the Dow off 25 pts, the S&P’s down 10 pts, the Nasdaq down 106 pts and the Russell down 3 pts.  It’s a big day in the options markets – 70 million single stock option contracts are due to expire today (that’s a big number).  There is no eco data today so expect lots of chatter about the expiry of these options.

Oil rose by $1.50 yesterday to end the day at $$71.98/barrel buoyed by ‘record high US demand. This morning it is giving that all back – selling off by $1.00/barrel to trade at $70.95 as they push the ‘demand destruction story again!’……the media highlighting the rapid spread of Omicron and the talk of renewed lockdowns around the world.  By now you know how I feel about this argument and in fact this morning we are hearing from our friends at Goldman Sachs and guess what they are saying about the price of oil?  I’ll just give you the headline – then you figure it out –

“Goldman says Oil could hit $100; Demand might reach a ‘new record high’ in the next two years”

They are pointing to record high demand in the US, higher global jet fuel demand, and a growing global economy that will also produce increased demand for fossil fuels…. So while renewables remain a good investment opportunity and we should move in that direction – oil demand is not waning at all…..and until we can run this world on wind, solar and ocean power – oil demand is not going away. We are now in between trendlines…with support at $68.25 and resistance at $73.10

European markets are down this morning….all off about 1%…..after yesterday’s strong gains on the back of the BoE and ECB monetary policy decisions.  Today though, investors there are also reconsidering the longer-term implications of those decisions and future decisions.  They are also coming under pressure because the headlines across European news outlets is that the ‘omicron variant is spreading at an alarming rate’ with countries ‘implementing containment measures in a bid to avoid a TSUNAMI of cases.  Ok….I get it….

The S&P closed at 4668 last night – down 42 pts…. after swinging 80 pts from high to low during the day…. First trendline support is at 4599 with Intermediate support is at 4519.   We would need to fall 1.4% to hit the trendline….and while we might come under some pressure, it doesn’t feel like we will test it today…. but if the headlines continue to suggest that covid could cancel Christmas and that lockdowns are coming – then all bets are off.

On a side note – The CDC says that we should expect 1.3 million more cases of Omicron before Christmas and they are also suggesting that we will have 15k people/day dying starting on January 8th…… That’s a big assumption and a hysterical headline and an interesting date…. Why the 8th?  I mean what formula are they using to come up with that specific date?  In any event – they are now pushing the Moderna and PFE vaccines over the JNJ vaccine….which is sure to cause issues for so many, because 6 months ago – they were pushing all 3 – so I guess that was a bit pre-mature and that is causing some people to question the validity of any of it….Just sayin’

Stay the course, build yourself in some downside protection to blunt the losses.  There is no reason to sell good stocks – Especially if the thesis for why you own them remains intact.

As Christmas and New Year approaches and you are hosting a party at your home  this is a desert you have to have…Simple to make, creamy and delicious.  This recipe once again reminds me of my Grandmother – It will bring a smile to your face will quickly become a staple on your desert table along with the Italian pastries – cannoli’s, Profiteroles, sfogliatella, parigini, pasticiotto….

Put all ingredients into a deep-dish pie plate and mix directly with a fork.  Once formed – using the back of a tablespoon – gently spread it out into the plate and up the edges.

Filling:  16 oz of cream cheese, 2 beaten eggs, 1 c sugar, 1 tblspn flour, 1 1/4 c whole milk, 1 tsp vanilla.  Now in a twist – a friend of mine replaced the whole milk with eggnog.  If you are having this for Christmas – it’s a great twist – in any event it is delicious either way.
Combine all ingredients into a blender and mix well.  Now pour the mixture directly into the crust – sprinkle with cinnamon and place in the middle rack in oven.  Bake for 35 mins…Remove – it will appear shaky…no need to worry….as it cools it becomes solid and creamy.  Refrigerate and when ready serve just plain or with any fruit topping you like.