A Culture of Operational Excellence

People ask what does it take to achieve operational excellence, and to me the answer is simple: it’s a commitment by the organization from the top down to create a culture of excellence. 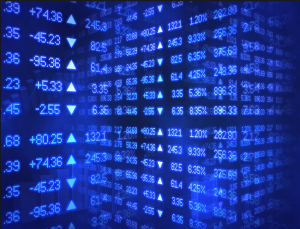 What does that mean? I remember when faced with a crisis of capacity for our operating systems one year. I had to ask the CEO to make a major investment in hardware to meet the daily doubling of business that we were experiencing. The management committee went through the usual questioning of what it would cost, would it meet our obligations, what would the payback time frame be, could we spend less and hope the tidal wave dissipated? The CEO quieted everyone down and asked what the cost was and how long it would take. When I gave him the answer, his response was simple and direct: do it, and when you are done, do it again. He doubled the request without me even asking. When I came down from “the mountain” with the answer for the rest of the team they were in awe, and they knew that he understood. That simple decision sent a message throughout the organization from the highest source within the company; we would not skimp, we would do whatever it took to get the operation right sized again.

So when I asked the operations team to come in 40 weekends out of 52, they all knew that the CEO knew they were working to keep the ship afloat and to make sure everything held together. And guess what, we usually had more volunteers than we needed to staff those weekends. As the leader of the team, I was there too, to walk the talk, and be there with the team. That was my way of sending a message, one that told everyone that our work was important.

Of course I didn’t need to remind anyone of this fact. We were on TV everyday, with major networks broadcasting our market live for 6 and half hours daily. If we screwed up the world would know about it immediately and we had better be able to fix things and explain what went wrong in real time. That type of pressure exists in only a handful of industries.

So operational excellence is important, and it starts at the top and that tone reverberates throughout the organization. It also requires skill, dedication, practice, simulation and teamwork. It takes people who are ready to dedicate not just their 9 to 5 hours but every waking moment of the day, and some non-waking moments as well. When you get the call in the middle of the night that the systems aren’t starting like they should, you need people who know what they are doing and have the institutional knowledge and history of knowing what to do next.

Luckily our markets have those people, and continue to have those people working tirelessly to keep things working correctly. These things typically go unnoticed on a day-to-day basis. During times of innovation and creativity, its easy to overlook the procedures that make things work smoothly, but operations teams stay focused on the goal of keeping the systems up and running.

As technology continues to advance, the systems supporting our market structure are getting simpler, even if the market structure itself is getting more complex. I am told by a former team member now working at another Exchange that they have about 3 or 4 people supporting the operations. And the reason for that is the technology is not encumbered with legacy code, and is just plain simpler. But they still test their code, run simulations, have procedure books, and drill. It’s always best to go through a failure in a simulation first rather than live for the first time. And its even better when the CEO sends the message that that is the right thing to do.