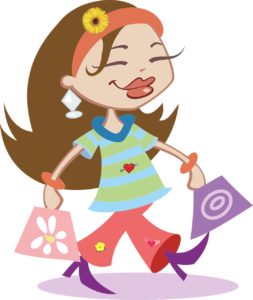 The buoyant mood on Tuesday morning turned sullen after what the media suggested was a “disappointing report on Consumer Confidence.” OK – sports fans – let’s just make sure we understand what that report is supposed to measure and then ask: Why in the world would anyone be surprised by the results today?

The Consumer Confidence Index is a survey, administered by the conference board, that measures how optimistic or pessimistic consumers are regarding their expected financial situation; Declining consumer confidence is a sign of slowing economic growth and may indicate that the economy is headed into trouble.

Ok – did you see that? 100 equals neutral. So – anything north of 100 would suggest excitement and confidence while anything south of 100 would suggest the complete opposite – cessation, discouragement, inertia and apathy. In January as the year began and the market surged 10% in 3 weeks (on top of the 35% it surged in 2019) Consumer Confidence was running at 131 up from 126.5 in December (the record high of 144.7 was achieved in May of 2000) and that made sense. The economy was strong, unemployment was at historic lows of 3.4%, wages were rising, GDP was running at better than 2.5%, interest rates were 1.75% and looking to go higher over the year as conditions continued to improve. It was a perfect reading and one that mimicked the tone of the US and global economy. Investors were basking in the sunlight – IRAs, 401Ks, SEPs and pension plans etc. all enjoying the rising tide!

And then it hits… The virus – COVID19 – becoming a defined global pandemic in late February. It moved from Asia and invaded Europe – leaving no country spared and then talk of the tidal wave that was building in the Atlantic headed for the east coast of the US became the topic du jour. Fear began to define the conversation causing cities across the nation to wave the white flag – with NYC in the eye of the storm. Now to be fair – we got hit at both ends at about the same time – as the tsunami was also building in the Pacific heading towards the west coast. Trump appearing confused at first chose to downplay the impact and then changed positions – and began ringing the alarm bells. On March 13th – he declares it “A National Emergency” ordering a complete shutdown of the US economy – leaving only essential businesses to remain open. And then the dominoes began to fall, as the country was ordered to “shelter in place,” businesses told employees to work from home and those that couldn’t, got laid off.   On March 19th – Initial jobless claims were 281k, one week later on March 26th – Initial Jobless Claims rocketed up to 3.5 million and as of last week more than 30 million Americans have lost their jobs. On Friday May 8th, we will get the all important NFP (Non Farm Payroll) report where we fully expect unemployment to be 18% up from 3.4% – but that’s another story.

Yesterday’s Consumer Confidence report came in at 86.9! – (Estimates called for 87) down from 120 last month – plunging well below the neutral line into negative territory. But what’s the big deal – all estimates had prepared us for a weak number. Economists/strategists were NOT playing “I’ve got a secret” at all! And the fact that the country came to a full stop leaves one to wonder why it wasn’t lower!  In the end – whatever the reason investors/traders and algos all took a breather and the Dow ended down 32 pts or 0.13%, the S&P lost 15 pts or 0.52% while the Russell gained 16 pts or 1.25%. We’ll get to that in a minute.

Stocks and sectors that have outperformed over the last month came under fire – so think – Tech, Communications & Healthcare as investors re-allocated – selling those names and re-allocating to Financials, Industrials, Energy (yesterday’s winner +2.26%) and small caps– which have all underperformed. It was an interesting day – because all of the big tech names sold off ahead of coming earnings as it appeared to be a “buy the rumor/sell the news” month. And guess what? GOOG – which was up 30% since the March meltdown, was off 3% yesterday – ahead of the earnings that were announced at 4 pm as traders braced themselves. And guess what – they beat! In fact, they beat on both the top and bottom lines. At 4:15 pm – the stock spiked higher and is up 8% or $100 in early morning trading. So much for that idea! Today after the bell we will hear from FB and later this week – we will hear from TWTR, AMZN, MSFT and TSLA – which are all up 34%, 48%, 44%, 32% and 125% respectively since the March lows. Capisce?

I would go out on a limb and tell you that it is very difficult to explain the daily moves – and unless there is an outsized move either way – why bother?  The market is still recovering from the beating it took in March- when the national emergency was announced, so don’t expect it to act normally just yet.  Which is why as a long term investor – you should stick to the plan, talk to your advisor, create or modify your current plan to be more defensive if you are concerned in the near term – but once we get through this expect the story to calm down – as the country emerges from hibernation and gets back to work.

So now the small/mid caps – the Russell 2000 – This index outperformed yesterday rising 1.3% bringing its move for the first two days of the week to +5.3%. This is important, because once we start to see smaller cap stocks (US centric) outperforming the larger indexes – then many of the street analysts/strategists can make an argument that there really is a sustainable recovery going on. If that is the case – then the recent broad rally we are seeing makes more sense.

This morning markets around the world are churning. European markets which were up are now trading around the flat line. We await the FOMC results, where we expect to hear nothing new at all while FED Chair Jay Powell assures us that he still has plenty of ammunition if he needs it. Tomorrow we will hear from the ECB (European Central Bank) – expect the same commentary.

Economic data includes Mortgage Apps, but the big number today is first quarter GDP. The expectation is for minus 4%. To be clear that is down from +2.1% in the 4Q – so it is a major swing and the market knows that. Pending Home Sales expected to show a decline of 13.6% month/month, while the FED is expected to keep rates at 0 – with no plan to do anything other than assure the country.

Crude oil which has gotten clobbered this week (-40%) over continued concerns over demand/supply and storage issues is surging and is up 15% this morning at $14.19/barrel. The API (American Petroleum Institute) reports that crude inventories jumped by 10 million barrels last week – LESS than the expected 10.6 million barrels! Moody’s cuts their short term price outlook saying that “exceptionally weak short-term prices will persist until production drops enough to ease the strain on storage facilities already operating at or close to full capacity.” Nothing really new there – that is patently obvious. It feels like we are in the $10 – $15 range for now.

The now famous USO exchange traded product – continues to get hammered even after their reverse split last week and is down another 25% this week alone. Reuters reports that they were sitting on $725.5 million of losses going into April – which leaves you to wonder what does that look like now?

After blowing through 2850 – the S&P traded up and through 2900 yesterday (although closing lower at 2860) in an attempt to challenge resistance at 3007. With futures up this morning we can expect another attempt at piercing 2900 which would give it the fuel to once again surge higher.

We are well above the 50 DMA at 2797 – so that now becomes support! All eyes are now keenly focused on both the 100 and 200 DMAs which stand at 3007 and 3025 respectively as they represent the next real level of resistance. Stay tuned – more to come. 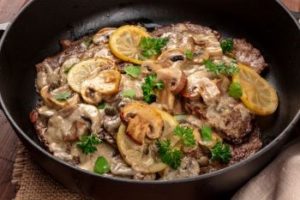 Soak the dried porcini in 1 cup of warm water for about 1/2 hr. Once soaked – remove with a slotted spoon – next line a strainer with paper towel and strain the soaking water into a bowl and set aside.  Rinse the porcini in cold water to remove any grit then large chop – set aside.

Next rinse the fresh mushrooms then cut into thin slices – set aside.

Add the butter and the sage into a sauté pan and turn heat to med high. add a touch of olive oil to prevent the butter from burning. Next add the veal scaloppine so as not to crowd the pan. Brown well on one side – then flip and brown the other side. you should probably cook for about 4/6 mins total. they should be pink on the inside…

Add the wine and let it boil – after 30 secs or so…remove the veal and place on a plate. continue to steam the wine – scraping the bottom of the pan until all the wine is evaporated. Now add back the mushroom water. and the porcinis to the pan. stirring – allowing all of the liquid to evaporate. Now add the fresh mushrooms and the chopped parsley. Season with s&p – turn heat to low and cover pan. the fresh mushrooms will make their own juice – keep cooking – stirring every once and a while – remove cover until the juice evaporates. Now add back a splash of white wine and the heavy cream and stir until it becomes a little thicker – 3 or 4 mins. Now – season the veal with s&p and add back to the pan – leaving long enough just to reheat. Turn them once or twice to assure even heating.

Present on a warmed plate and serve this dish with steamed asparagus – seasoned with s&p and a dab of butter. Prepare a salad of arugula, Boston bib and maybe some fresh spinach. Add red onions, cucumbers and sliced tomatoes. Season with s&p, oregano, a squirt of fresh lemon juice, red wine vinegar and Olive oil. I like a nice Merlot with this meal as it is a medium bodied red.