Not A Single Sector Was Spared 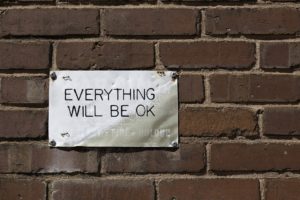 So – stocks ended the day lower yesterday. Not a single sector was spared as investors/traders and algos decided to focus on the negatives as the day began to unfold – which came as a surprise to some considering futures were pointing higher prior to the opening and stocks did attempt to advance until Dr. Anthony Fauci appeared before Congress (virtually – via Zoom) to discuss the state of “waking up” from this forced coma imposed upon us.  His comments were sharp and to the point as he and other administration officials emphasized the need for caution in the days ahead while emphasizing that there is not guarantee that any of the vaccines currently being tested would be effective:

“If certain areas prematurely open up, my concern is we might see spikes that turn into outbreaks. The consequences could be serious. Even in states that reopen with a deliberate pace, there is no doubt that when you pull back on mitigation, you will see some cases re-appear.”

This was all the algos needed – the tone was negative and deliberate. The call for more testing while the easing of restrictions cannot be more serious – this now as so many states began to turn on the lights after nearly 9 weeks of complete darkness. All this while President Trump begins to push for the opening of the economy in an attempt to ease the economic impact on families and the country as he says that the lock-downs create more than just economic hardship on Americans but mental and physical hardship as well. And that is true as we’ve all heard stories of increases in violence, drug and alcohol abuse as the unrest begins to boil over.  Fears that we will begin to see social unrest vs. social distancing are already evident in parts of the country – but THAT is another story.

Officially – the US has 1.35 million ‘confirmed’ cases with 81k of those resulting in death (0.6%) – deaths that some might argue were the result of other complications suffered by the victims, but because they contracted the virus as well – the cause of deaths are being  labeled as Covid19.  Dr. Fauci making it clear that he thinks the number is higher because at the peak of it, in ‘hotspots’ like NY – many people died before being tested and confirmed.   In any event – the pandemic that has swept the world has upended nearly everything and everybody and yesterday it upended stocks again.

News of more retailers and energy companies filing for bankruptcy protection – which the market had chosen to overlook – suddenly become the topic du jour as the algos looked for anything negative to trade off of.  Public pension plans (state and local) announcing that ‘fund losses for the 1Q set records’ losing an average of 13.2% in the period ended March 31st didn’t help the tone. And as we know – not only did they get whacked, but they are underfunded to begin with and so they get double whacked (not good). At the top of the list are places like CT, RI, IL, NJ, MA, NY & CA.

Appearances by different regional FED Presidents are only adding to the confusion and frustration.  Some suggesting that the FED needs to do more – suggesting maybe we will see negative rates – while others completely disagree. Powell to speak today (9:00 am) at a webinar sponsored by the Peterson Institute is expected to steer clear of suggesting that negative rates are coming. All while Donny is once again pushing for negative rates calling them a ‘gift’ enjoyed by other countries so why not us? Listen Don – negative rates do very little to help anybody. Japan has had negative rates for nearly 4 decades – have you seen them lately? Enough said.  Where is Kudlow on this? Where is Stevey Mnuchin on this?

As noted in yesterday’s comments – the FED has now embarked on buying bond ETFs which is a dangerous decision…you see – bond ETFs are just a whisker away from stock ETFs (think 1st cousins) – so does that mean that the FED has pulled back the curtain just a bit and is hinting at buying stocks next? Some think yes, but my guess is NO, and that was just another reason for stocks to back off as some began to throw a temper tantrum because that is what they want. Oh boy, THAT is definitely another conversation.

In any event – the pullback in the markets should not be seen as the beginning of the end at all – remember- we were up 8% in May alone – (that was 7 days), 18% since April 1st and 34% since the March 23rd lows – and as discussed – the recovery will not be V shaped at all….it will be more like an elongated W – so expect the volatility to continue as the country and the world comes back online and the economy settles in. Now that does not mean it will not test lower – it will, but unless we get a significant resurgence in infections upon a re-opening, my guess is that any test lower might take us back to the support which right now is 2740-ish which is a 5% move from here. If the re-opening causes a significant resurgence and the country is forced to shut down again – then yes – all bets are off – and the lows of March could easily be re-visited and breached!

In Europe – markets are lower….UK GDP fell by 5.8% m/m – and not surprisingly that is a record.  A resurgence of cases in Asia (China and South Korea) is also taking a toll on investor psyche as countries in Europe begin the slow process.

Nancy Pelosi and House Democrats unveiled an 1800 page – $3 trillion relief bill – which includes – among other things – $1 trillion for state and local governments, $200 billion for hazard pay for essential workers, $75 billion for testing and contact tracing, and extension of the $600/wk federal unemployment benefit through January 2021, money for the affordable care act and food stamp programs  and money for election safety and provisions for making voting by mail easier, so while the House will easily pass this bill, it is most likely DOA once it reaches the Senate which suggests that the vote will go down party lines.

Eco data includes – Mortgage Apps and Producer Price Index – which is expected to fall by 0.5% while ex food and energy is only expected to fall by 0.1%.  Yesterday’s CPI (inflation) which fell by 0.8% overall – did fall by 0.4% ex food and energy – which was greater than expected – suggesting no inflation – which leaves me to ask – has anyone who reports prices in this country ever gone to the supermarket?  Everything is UP, beef, chicken, pork, fish, milk, eggs, bread, cereal, coffee, sugar, flour, vegetables and laundry detergent!  I mean – just go once to the supermarket before you tell us that there are no signs of inflation.  Oh right big screen TV’s are down – great – can you eat them?

Oil is off small – 18 cts at $25.61 – this after surging by another 5.5% or $1.20 yesterday to end the day at 26.23 after the Saudi’s pledged even more production cuts in June to help stabilize supply vs. the current demand rates.  We came within 10 cts of the trend-line and failed once again…that makes the 3rd attempt, which means that the next attempt will most likely be the one to push us up and through. Don’t ask, it just is. When that happens watch for $30 oil.

The S&P closed at 2870 – as it readies itself to surge and challenge significant resistance at 3000.  Look – the market is just waiting to see how this unfolds…after nearly 7 weeks of an advance in anticipation of re-opening – the S&P is now knocking on the door of what is expected to be major resistance at the trendline. As my good friend Dr Quincy Krosby – Chief Market Strategist for Prudential – said – “the market needs a good catalyst to climb above that and one of the main catalysts will be if the economy can open up without an increase in cases.” – and yes – that is the driving force behind the next real move…

We are still in between the trend-lines of 2730/3000 – and will most likely stay there in the weeks ahead as we watch what the world does to open its doors again. If we begin to open and see a resurgence – then watch as we collapse, if not then we should and will see the markets challenge resistance at 3000. 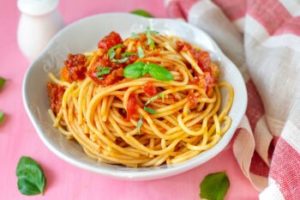 Slice cherry tomatoes in half. Put them in a roasting pan – season with s&p, olive oil, capers some olives and cover with parmigiana and bread crumbs.  Put in the oven at 400 degrees for 15-20 minutes.

While this is happening bring a pot of salted water to a rolling boil.  Add the linguine and cook until aldente.  Strain – saving a mugful of the water.  Remove the tomatoes from the oven and mix with the linguine.  You can add a bit of the pasta water to moisten.  Have extra cheese on the table for your guests.