NFLX Misses – Will Tech Get Hit?

Good morning, Good Afternoon, Good Evening – It’s Friday – Asian markets ended the week a bit higher, European markets have started the day under pressure and US futures are suggesting confusion after the NFLX earnings report… EPS (Earnings per share) missed expectations at $1.59 vs. the estimate of $1.81, but at the same time did say that they added 10 million+ new subscribers to its paid platform – beating expectation of 8.07 million… Revenues were better than expected at $6.15 billion vs the estimate of $6.08 billion… however the company offered up some forward guidance for the 3rd qtr and that’s where it gets a bit murky… paid subscribers are expected to fall this quarter and that sent the trader types to hit the sell button in the after-hours session – sending the stock lower by 10%… this morning the stock is being quoted at $490/$492… down $30/share – not as bad as the initial reaction – but is sure to cast a pall over the group today… Will this be the straw that broke the camel’s back? How will the markets perceive this? Will they punish NFLX or will the whole tech sector come under pressure today as investors continue to use the complex as an ATM – raising cash here – due to its outperformance since March – to deploy elsewhere? We are about to find out…

Yesterday – the markets ended the day lower – the Dow gave up 135 pts, the S&P lost 11 pts, the Nasdaq lost 77 pts and the Russell gave up 10 pts… The talk was all about more surging virus cases, what to do about school – that is due to start in less than a month in some parts of the country, the latest on the fight between Trump and Fauci, rising tensions with China and the buzz about the massive TWTR breach that is raising all kinds of cyber-security questions and potential hazards that the ‘social media’ industry breeds… It’s called a ‘Social Engineering Attack’……so what is it?

Social Engineering is the newest term to hit the dictionary… and describes a broad range of malicious activity in the space… It uses psychological manipulation to trick users into making security mistakes or giving away sensitive information – the most common attack types include: phishing (pronounced fishing), pretexting, baiting, quid pro quo and tailgating… You can Google those terms to learn more – and you should… because this is the next frontier that poses all kinds of issues for the world going forward… I mean just think about what an attack on an elected official’s ‘social media handle’ might look like and then what the consequences could be in a matter of minutes… We’ve seen what malicious and erroneous tweets can do to stocks… think about what it could do to international diplomacy… especially by an admin that controls an elected official’s handle that use these platforms on a regular basis in what is now known as ‘Twitter Diplomacy’. Once again – we find ourselves in a complicated and dangerous world – the question now is – Can the cyber-security police remain two steps ahead of the cyber-security criminals especially in this ‘shelter in place’, stay at home – remote world that is now defining how we live and work…

And earnings… so far so good… Of all the companies that have reported to date – 80% of them are beating their estimates – that is a bit ahead of the norm that usually runs about 75% – but look – it is still early in the game… this is only the first week – we got 3 more weeks to go and so many more reports to get through… but remember – analysts were expecting the 2nd quarter to be the worst of this ‘manufactured recession cycle’ – estimates have been slashed to the bone, company guidance has been absent as so many of them chose NOT to offer up predictions on what the future looked like in this covid 19 world… thereby forcing analysts to take a ‘disaster’ approach to their estimates… what we are learning so far is that while the reports are not pretty, they are not as ugly as expected… and with 80% beating the estimates – that is causing some to remain hopeful.

Overnight in Asia – stocks ended the week a bit higher – Tensions between the US and China once again weighing on the action… Economic data out of that part of the world also showing mixed results and last night – Singapore announces that their Non Oil Domestic Exports (NODX) surged by 16.1% y/y – handily beating the 6.2% expected increase… Chinese stocks recovered a bit ending the day +0.64%, while Hong Kong added 0.47%, ASX up 0.38%. Japan bucking the trend – losing 0.32%.

European stocks are mixed in early trading… European leaders are meeting in Brussels today to try and work out a deal on the proposed $850 billion stimulus package which is expected to face stiff opposition from the group of nations known as the ‘frugal four’. (Austria, Netherlands, Denmark, and Sweden). Chancellor Angie Merkel (Germany) and Prime Minister Guiseppe Conte (Italy) taking to the stage warning those nations that a big financial package is needed to secure the EU bloc’s recovery and while they may agree to ‘small tweaks to the structure of the fund, she will oppose attempts to slash its size’. Earnings continue to be in focus – and will remain so for the next 3 weeks. As of 6:30 am – the FTSE +0.4%, CAC 40 – 0.3%, DAX + 0.4%, EUROSTOXX +0.1%, SPAIN -0.5% and ITALY is flat.

US futures are mixed ever so slightly… Dow futures are -13 pts, the S&P’s off 2, the Nasdaq is down 5 pts and the Russell is + 4 pts. Expect lots of chatter about the NFLX results as everyone puts their own spin on it… right now it is looking lower and that is sure to cast a pall over the group – but one that I think will be short-lived.

The weekend is upon us – virus cases are surging and then we can expect by Monday to have a whole new set of data points to chew on… Dr. Fauci pleading with the younger set to ‘understand what they are doing’… and to take this pandemic seriously. Therapies and vaccines are also in the works – deaths continue to slow, but some in the media are reminding us that as we test more and diagnose more cases that a rise in deaths will surely follow in about 14 – 21 days out… so let’s hope that early diagnoses and early treatments will slow that statistic and prove them wrong.

This morning oil is trading down 28 cts at $40.47 – there is nothing new to discuss – so while some will have you believe that demand is falling due to a surge in virus cases – we know that is not true… but it does help to create a story so they can trade it… We remain in the middle of the $35/$45 range.

The SPX closed at 3215. The focus today will be more on earnings and discussion over the NFLX results and more on the latest breach of TWTR as cyber- security analysts discuss the fight to keep the criminals out.  Any change in tone that causes markets to retreat could see the S&P find support at the 3150/3175 range. On the upside – 3235 seems to be resistance…

On another note – During this time of crisis in the world, I ask for your help. The son of a dear friends of ours who battled lymphoma and won has now been diagnosed with Leukemia. We pray for Andrew and his family every day… Would you please consider making a donation to his gofundme page to help him survive. Life is precious – thank you. Here’s the link to donate: https://gf.me/u/ygt2b5 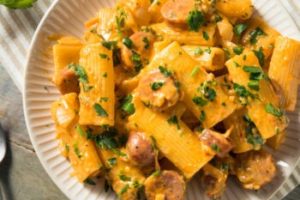