And so the news about the ‘disagreement’ in DC between Treasury Secretary Stevey Mnuchin and FED Chair Jay Powell took a bit of a toll on stocks on Friday… and the surge in new infections didn’t’ help, either. Dr. Fauci all over the tube telling people to ‘shelter in place’, ‘reconsider your Thanksgiving travel plans’, ‘Don’t do it’, while others warned of a Thanksgiving dinner with family will result in Christmas funerals… OK – That’s not helpful… and btw isn’t working anyway… Yesterday – we learned that more than 2 million people travelled by air… and more are expected to hit the road this week… travelling to see family/friends for the Thanksgiving holiday. The sense is that we have clearly made headway on therapeutics and with a vaccine closer than not – Americans are choosing to make the trek… Now, you can say what you want- but the message is clear – many Americans are tired of being held down no matter that infection rates surge. We know what to do, we know how to protect ourselves, we know what the risks are – People interviewed at different airports across the country said the same thing… ‘I understand the risks, my family understands the risks and we will do the best we can to mitigate the risks…’ Many hosts are requiring that anyone coming to their house must get tested before they come, mimicking gov’t requirements for travel, for hospitalizations for business continuity… I mean, many of the big investment banks are calling employees back to work and providing weekly (Monday morning) rapid tests to try and maintain control. Welcome to the new world… and while stocks were under a bit of pressure on Friday – it was by no means a disaster… by the end of the day, the Dow lost 220 pts, the S&P was 25 pts lower, the Nasdaq lower by 50 pts and the Russell UP 1 pt.

In addition to the Treasury/FED drama, we continue to have the political drama… as various courts around the country deny the Trump Administration’s efforts to flip the election… and that story is now becoming old and in fact – the efforts/antics by the GOP have the ability to cause real damage to the party (if it hasn’t already) and to the upcoming Georgia Senate race… the results of which could upend what the executive branch could look like on January 6th, 2021. And THAT is the short-term political risk for the markets… What happens in Georgia will shape the Senate for at least the next two years… and my sense is that the markets are not fully appreciating that yet – news reports this morning suggest that this race is HEATING UP, money is flowing into the state as both sides fight for those two seats… So while investors are keenly focused on the virus and the vaccine talk – which are important for sure, markets could be upended temporarily as we approach that runoff date. Just sayin…

Over the weekend – Joey taking to the media making sure that Americans know that the Trump organization is doing nothing to be helpful in this transition, Trump skips a G20 meeting in a ‘flip you the bird’ move and decides to go golfing instead, while former NJ Governor  Chris Christie stands up to say that the Trump legal team is a ‘national embarrassment’ serving to do nothing other than entertaining  the masses… Remember the name – Sydney Powell – there is sure to a Netflix Original series about this woman sometime in the near future.

Over the weekend – it was much the same… Political drama and vaccine drama – Good news from AstraZeneca about their ‘late-stage trial’ – suggesting a 90% efficacy rate as well as the fact that you can store this vaccine in your fridge are helping markets to surge this morning. News that Regeneron did get EMA (Emergency Use Authorization) approval from the FDA for their cocktail of drugs is just another sub-plot and Dr Slaoui – Chief Scientific Advisor for Operation Warp Speed taking to all the Sunday news programs telling Americans that we COULD start receiving a vaccine by the second week of December. It is another ‘Monday Morning Vaccine Trade’…

Now back to the ‘shelter in place’ conversation… while Dr. Fauci is telling us to stay indoors on Thursday – he is not saying anything about staying indoors on Black Friday! In fact – I have not heard anyone tell us to stay home once the official shopping season kicks off… and that is exactly when we should be staying home… Why? Because family is family – dinner around the Thanksgiving table seems a lot LESS dangerous than shopping with strangers in a mad dash to ‘get a deal’. I mean if anything is gonna cause Christmas funerals – it’s NOT Thanksgiving dinner…

OK – let’s be clear… Black Friday or Small Business Saturday or Cyber Monday – per se – don’t really exist any longer – no matter what they say – the retail industry has transformed the whole shebang into a whole quarter event… I mean – especially this year… with covid and everything… retailers have been throwing sales, slashing prices one day and then slashing them again the next in what has become a race to see who can outsell who… and while the Black Friday ads are heating up – are we really thinking that we are about to see the ‘mania’ of years past? I mean do you recall how people would line up at soon after the Turkey was served to be the ‘first one in the store’ at midnight? I never understood that at all and nor did I EVER participate in it… It was a retail gimmick; it was all smoke and mirrors… but they had the country ‘trained’. The buildup, the excitement, the tease… it was all a gimmick… but the funny thing is – it worked!

Somehow, this year that doesn’t seem possible… I mean, have you paid attention to the news? Do you realize how many people are still out of work? How many people are hurting because the country is now in some state of lockdown, small businesses are shuttered, people in food lines around the country, whole cities fell asleep again… Chicago, in a 30 day lockdown, LA, San Fran, NYC, Boston, Miami, and the list goes on… and Congress has FAILED to act on another round of stimulus… But, I am sure to be surprised… And why would you go ‘shopping’ at a mall – when virus cases are exploding (and the mask does not completely protect you, no matter what they say)  – when you can sit at home, in your jammies and just go ‘shopping’ online… I mean – you know that online sales are gonna blow away the traditional in store sales… we have seen it. Estimates are suggesting that online holiday shopping will increase by 40% this year… and that will prove to be an issue for FDX, UPS, DHL and the USPS… just think about all of those boxes that need to be delivered before December 25th. Think about all the online sales that AMZN, WMT, M, TGT, etc. are about to make… You’d be crazy to think that Jeffrey or any other well positioned retailing CEO isn’t gonna report BLOW OUT numbers in January… So, if you can’t go to your mother’s house for Thanksgiving – HOW can you justify going shopping in a crowded store, risking infection as strangers breathe all over you, pushing and shoving when you can sit at home, have a cup of coffee, turn on your computer, and shop your heart out (if that is what you really want to do…)

Global markets are in rally mode again – (See above)… US futures are UP. Dow +150 pts, the S&P’s are +15, the Nasdaq is +33 pts and the Russell is +12 pts. Investors are looking through the near term possible volatility and focusing once again on the longer term prospects of a recovering world. The US political drama for the White House now fading as the majority of the country and the world now recognize that Joey is the next President… and the ‘viral’ news about 3 or even 4 possible vaccines creates a Risk On mood. Oil continues to surge and is up 1% at $42.85/barrel – bringing its surge to more than 20% since November 1st.

Eco data today includes: Chicago Fed Survey of 0.27, Markit US Manf PMI of 53 and Markit US Services PMI of 55. – Both very strong numbers…

Oil is up 42 cts at $42.84/barrel… remaining above all trendlines as it attempts to test the August highs of $44.45/barrel. A vaccine is coming and OPEC will control production if they need to… but with a recovering economy – demand will surge… and while there is enough supply – oil will rally a bit more… I continue to believe that we will remain in the $40/$50 range as the chart continues to fill the gap created on March 9th. (that is a positive!)

The S&P closed at 3557 – down 25 pts… On Friday I said that I thought we would find support at the 3550 level… we found it at 3556… a level we have tested now 3 times in the past week… (that is positive) so if the tone holds today then a test of 3600 is not out of the question… (it’s a 1.5% move from here). Thanksgiving week is usually a good week for stocks… much of what will happen will happen by Wednesday… Remember Friday is a half day. 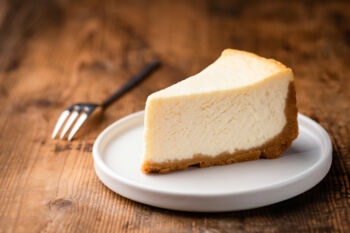 This is my favorite cheesecake recipe… and we make this for all of the holidays – it’s always a crowd pleaser and so easy to make. This recipe once again reminds me of my Grandmother – It will bring a smile to your face and will quickly become a staple on your desert table along with the Italian pastries – cannoli’s, Profiteroles, sfogliatella, parigini, pasticiotto… (the Christmas version has a twist which was introduced to me by a reader! It is out of this world – but you’ll have to wait until Christmas for that recipe)

Put all ingredients into a deep-dish pie plate and mix directly with a fork.  Once formed – using the back of a tablespoon – gently spread it out into the plate and up the edges.

Combine all ingredients into a blender and mix well.  Now pour the mixture directly into the crust – sprinkle with cinnamon and place in the middle rack in oven.  Bake for 35 mins…Remove – it will appear shaky… no need to worry… as it cools it becomes solid and creamy. Refrigerate and when ready serve – you can serve it just plain or with any fruit topping you like.