S&P Kisses All-Time High… Is it Just a Tease?/Try the Potato & Veal Meatballs 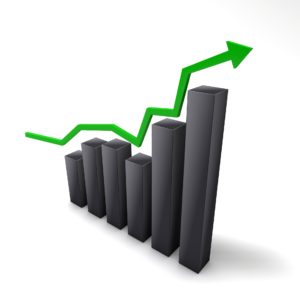 Stocks marched higher yesterday as the momentum guys just can’t get enough… and the switch-a-roo from growth to value continued… Dow gained 357 pts or 1.3%, S&P added 9 pts or 0.27%,the Nasdaq lost 42 pts or 0.39% and the Russell gained 15 pts or 1%… and even the Dow transports are confirming this latest move up… the Transports gained 288 pts or 2.8% and has risen 19% in the last month alone… and now the short term trendline (50-dma) is about to cross over the long term trendline (200-dma) and that is defined in technical terms as a ‘golden cross’*!

Vlad (Putin) takes center stage and announces that the Russians have in fact created and delivered a corona virus vaccine! (Now to be fair – expect every scientist to come out and slam the headline – testing was rushed and not nearly extensive enough – etc…) He even goes onto tell us that he put his daughter up as the nation’s guinea pig – showing the country that he is so confident about the effectiveness of this vaccine that he is willing to sacrifice her… Markets around the world shift into overdrive… which only tells us how anxious we all are for a solution… (Immediately Dr. Scott Gottlieb says he isn’t going anywhere near it… that apparently it is essentially a ‘phase 1’ trial… and nothing more…)

So, it is going to be one of those accentuate everything that is positive and eliminate anything that is perceived as negative days… so here we go on the positive side of the ledger is…

Apple is just $17 away from becoming a $2 trillion company

Virus cases plateauing across the country and hospitalizations falling in CA & NY. Indications that Americans are closer to a ‘herd immunity’ now being discussed… (I said ‘being discussed’ not a fact yet). The rate of transmission appears to be falling in FL and TX.

Earnings season is over and 83% of companies have reported beats… well above the industry average of about 72% (never mind how they slashed and burned those estimates, but that’s another story…).

The recovery trade is alive and well… retail, transports, cruise lines all looking up…Yesterday the TSA told us that Sunday saw the highest level of airline passengers in months… now yes – it is still below where we were, but people are beginning to take to the air again… JETS (Airline ETF) surged by 4.8%

Oil is alive and well… news that the Dems have reached out to the administration willing to come to the table is sending oil higher as it appears that maybe we will get a relief package and the Russian headline only helping to fuel that demand surge story… Oil is up 0.60 cts or +1.4% at $42.53… well withing the $35/$45 range that we have been discussing for months now.

And the S&P is within 26 pts of retaking the February closing high of 3,386 – that is just 0.08% away… and right now at 6:15 am – S&P futures are up 22 pts… kissing that all-time closing high… all we need is a little more tickling and BOOM – we will reach the point of no return and explode up and through – all very exciting… so stay seated and watch the algo’s trip over each other as they push us up and through…

On the negative side will be…All of the negative comments that are sure to be aimed at the Russians – Scientists are already lining up to negate the findings… words like ‘unsafe’, ‘hazardous’, ‘unreliable’ and ‘risky’ all being used to describe the Russian headline…

DC is still a mess with the Dems and the GOP getting further and further apart in negotiations… in fact – now they are negotiating about when they are going to negotiate – shameful!

Disputes over the virus data – are we really seeing a plateau or not?

Large cities around the country trying to figure out how to tax anyone that left the city and the state during this pandemic as they fight to catch their breath.

The Dem platform which promises to raise taxes across the board and attack the tech, energy and financial sectors.

US Futures as expected are UP as well… the Dow +1%, the S&P +0.7%, the Nasdaq +0.5% and the Russell +1.1%. Talk of tax cuts being cited as the primary reason, but let’s not discount the talk of slowing virus cases and hospitalization, the Russian vaccine headline and the positive macro-economic news coming out of China and parts of Europe – Joining the positive macro-economic news here in the states…

Gold, which we’ve seen rocket higher in the past 2 months, was up 23% since early June – taking that precious metal to an all-time high of $2,089/oz is now coming under pressure as traders ring the cash register. The commodity is off $44 this morning – breaching the big round $2000 number to trade at $1,996… in a move that could see it come back to earth and find support at the $1,950 range until we get more clarity on any virus vaccine.

So – it’s here… according to the S&P futures at 7 am… we are just 5 pts shy of re-taking the February high – amazing – No? My sense that we were topped out at the $3,350 range got blown out of the water today after Vlad announced that they (the Russians) solved the virus vaccine issue… Now – before you all go and celebrate – expect these results to be torn apart as every legitimate scientist disputes these findings… Expect them to come up with explanations about why it’s a fake… especially since the Russians tells us that their FDA equivalent has blessed it… as the sun rises over the Atlantic we are hearing more data on this vaccine and it’s all negative… still very much in a trial phase – only 100 people got tested including Vlad’s daughter… but hey… the world aches for a cure – so at the moment – they are hanging on… 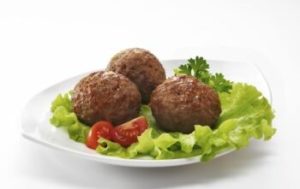 These are great as appetizer type cocktail party dish or can be paired with a mixed green salad and become a light lunch or dinner meal.  Unlike traditional meatballs – these do not go in the sauce… and you do not serve these with spaghetti. Try these “polpette” (Italian for meatball) and you will not be disappointed…

In a large saucepan, bring beef broth to a simmer; remove from heat and cover to keep warm.

Next boil the quartered potatoes in salted boiling water until soft – maybe 15 mins? Drain and then crush in a classic potato ricer into a large bowl. Add veal, thyme, 1 egg yolk, cheese, milk and s&p. Mix well with your hands – do not over mix. Form into balls… now if you are using as an appetizer then make them small bite size balls… if you are using as a lunch or dinner – then make the more traditional “bigger than a golf ball but smaller than a baseball”.

In a large nonstick high sided pan – heat a dollop of butter and a bit of olive oil over medium-high heat – fry meatballs, turning occasionally, until well browned and cooked through, depending on the size will dictate the time… small balls – 4 mins or so… larger balls – maybe 7 mins or so… remove and set on a plate lined with a paper towel.

Add a bit more olive oil in the nonstick pan and heat on med high. Add shallots and sauté for 3 mins… now add artichokes & carrots. Cook, stirring frequently, for about 4 mins. Add wine and broth – bring to a boil, reduce to a simmer and cook for 10 minutes. Now add meatballs (If you like – you can add in a bag of frozen peas at this point in the process) and continue cooking for about 10 more mins… gently turning meatballs halfway through. You want the veggies to be nice and tender.

In a separate bowl – squeeze 1 teaspoon juice from the lemon. Whisk together with the remaining egg yolk and cream. Carefully introduce this mixture into the pot with meatballs. Return broth to simmer and cook for 3 minutes. Sprinkle with parsley.